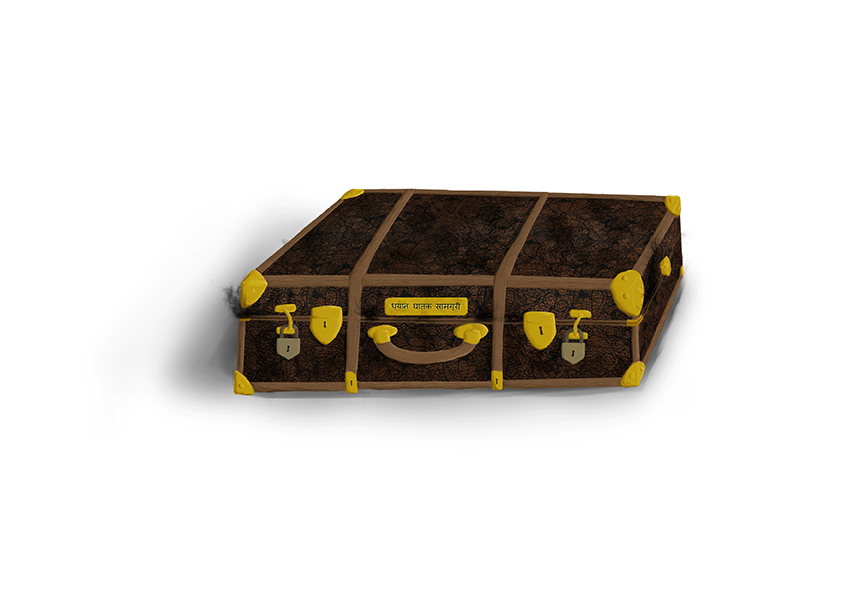 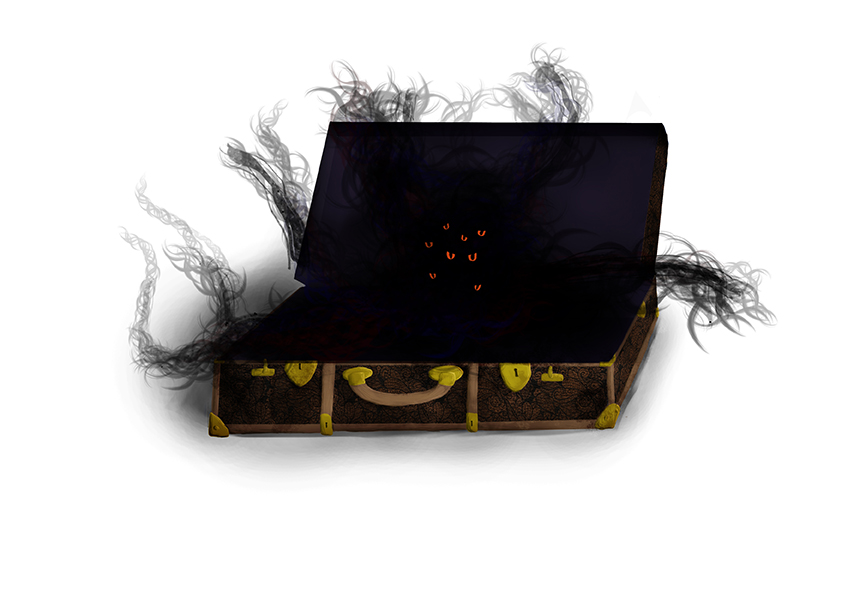 For this project we had to design an object that works like a Pandora’s Box, but doesn’t look like the box in the story. I wanted to use an object that exists in our world but has something mysterious about it. Therefore I chose an old leather suitcase which was left in a train cabin. It is locked up several times and has a foreign warning tag on it, as well as a little smoke coming out of it.
In the second painting I imagined what could be in this mysterious suitcase. I decided an ancient ghost or soul would live in there and would kill anyone once awoken.